LBC: Key Differences From When I First Started Lolita to Now

This week's LBC challenge is about how the fashion has changed over the years. I've only been wearing lolita since 2013, but I think that there's a lot of huge differences in both the aesthetics of the fashion and community aspects between then and now.
Since I mostly wear sweet lolita, I'm going to focus on the changes in that substyle first, because I feel like that's what I can best remember. I'm going to go a bit earlier back from when I started just for extra context. I took some quick pictures from old issues of Kera magazines as examples to try to capture the excitement and nostalgia from past years. I tried to go for ones that I remember seeing floating around online and inspiring me. 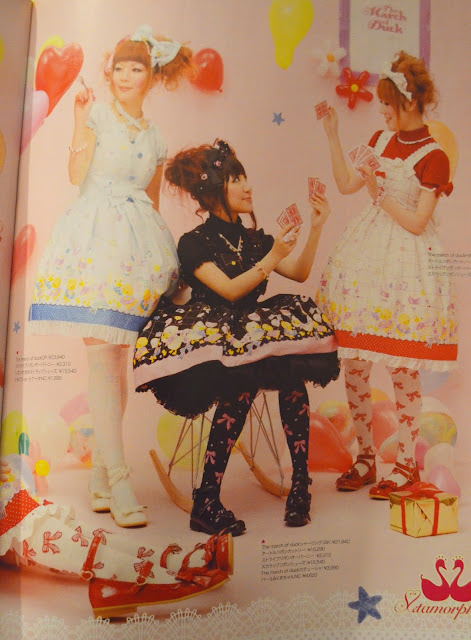 2009 - The earlier stages of our modern lolita style

This is around the time that prints really got popular. Big hair styles were prevalent in magazine spreads and street snaps. Coords featured OTK's as the most popular legwear choice, tea parties and chunky platform shoes were big, and designs used bold primary and bright pastel colors. The look was very vibrant, cheerful, and fun! Lolita clothes however were very difficult to buy if you lived overseas, and I'm grateful that things were a bit more accessible by the time I really got interested. Metamorphose was the first brand to ship internationally! 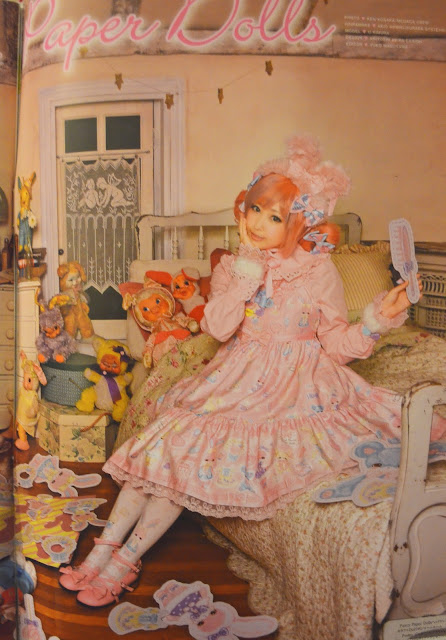 By the time I actually started wearing lolita things were easier to buy. Brands began to ship internationally, and shopping services emerged. RIP to Angelic Pretty's international website </3 Does anyone else remember ordering there? They always had a better selection than the AP USA website and shipping was always around the same price some how, even if you lived in America.

In terms of trends there were the pastel goth/creepy cute trends, peignoirs, scepters, putting random objects on your head (like tea cups or fake food), unnatural colored wigs, split wigs, chocomint accessories, deco nails, deco phone cases, and printed legwear. OTT sweet lolita reached its peak. Dresses were usually made of cotton still, and things like custom lace and multiple cuts for a release were common. 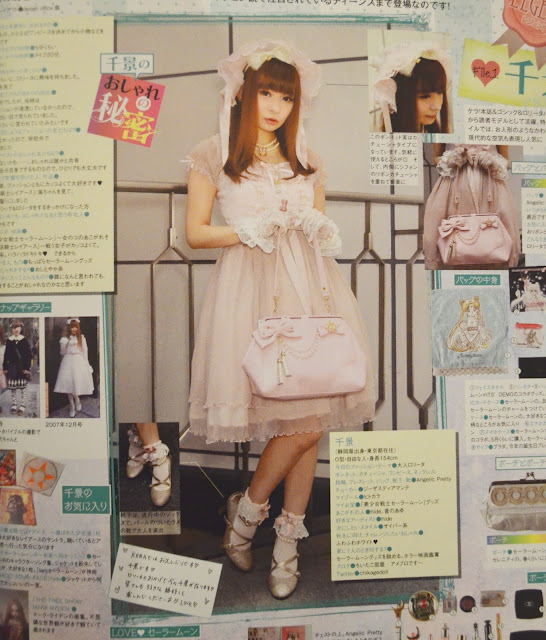 Here is around the point where the style truly began to change aesthetically. Classic and ott-classic were the big trends and that began to influence other substyles into having a more mature and elegant feeling. Above is an example from a 2015 issue of Kera. Shoes with more narrow and delicate heels became popular, color schemes were toned down to muted pastels, and the silhouettes of dresses started to get much less poofy. Lighter more airy material choices like chiffon and organza began to replace the standard cotton and velveteen. 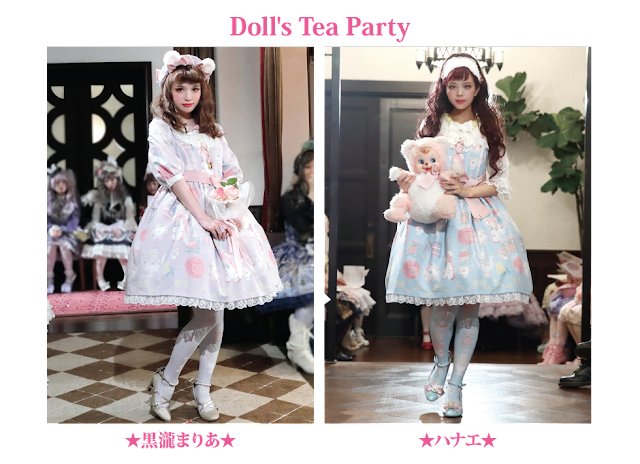 This is an upcoming print from AP's newest S/S 2018 collection. You can view the whole thing from the most recent fashion show over on AP's event section on their website here. Digital image because sadly most j-fashion magazines are no longer in print. Kera and Gothic Lolita Bible now only produce online content, and what magazines are released seem to be only 1 issues specials, not ongoing productions. Here is where the material choice changes really become a negative point for me. The material of the Doll's Tea Party print looks so thin, and the print is washed out and hard to see. The photo on the right is a bit more clear, but on the left one I can barely make out the teapots in the print. Typically with new releases there are fewer cuts to choose from, and skirts aren't always included. One plus side is that it looks like socks may finally match the dresses in the same series! Natural looking wigs and actual natural hair are becoming more popular in fashion shows and street snaps. The differences in makeup style are very noticeable too. The soft sweet pink tones that were once in style have been replaced by more warm colors that seem to clash with the clothes the models are wearing, because the dresses are just so washed out. I feel like the newer pieces I've seen in person have definitely dropped in quality, the fabric doesn't feel as nice, prints are less detailed, cuts look awkward, things don't sit right, etc. 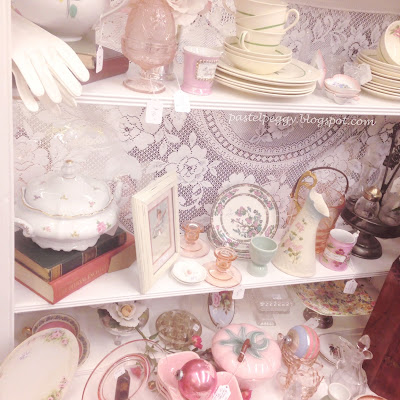 Over the years we've seen the platforms for sharing content change a lot. Livejournal is almost dead aside from during January for wardrobe posts. Tumblr held some popularity, but then I left for a bit due to a lot of creepy harassment on there, like many other bloggers. Blogs like this on blogspot or wordpress are mostly dead by the time I find a new one, but Instagram is becoming more and more popular. It's good for sharing original photos and daily outfits, but not great when it comes to sharing things like tutorials, news, or upcoming releases. There's a lot of facebook groups but I personally don't use it much because I don't like the format and only really log in to check the LBC page and my local comm page.

I was talking to my friend Julie about all this who has been wearing lolita for probably another 3-4 years before me, and she said one of the more low key differences would be less people caring about the whole lifestyle aspect of the fashion. She said way back years ago the community seemed to place a much greater emphasis on the media involved, like music, collecting magazines, and seeking out movies or tv shows with lolitas, where as that push doesn't seem to be there as much now. Maintaining cute or girly hobbies like embroidery, painting, or baking was something that felt like an essential part of being a lolita and were seen as ways to truly embrace the attitude that the fashion could encourage. I've personally never really thought about what I think it means to be a lifestyle lolita much, nor have I challenged myself to change up my hobbies to fit in with this idea, but I do have a lot of interests and habits that fit into this description that I do just because I like them: baking, reading lolita magazines, going antiquing, collecting cute things, and decorating my room to be mostly bright pastels. Now I'm starting to question if actively exploring the whole lifestyle idea is something I should have looked into a while ago haha! I think it could add a fun new meaning and special importance to the way someone wears the fashion.

The best thing about wearing lolita in this "era" is probably that things are easy to buy, options are prevalent, and prices are cheaper than ever. I like looking at all the new releases that taobao brands come up with, and finding old prints that I like secondhand isn't too bad when there are such good deals around. Some indie brands that I remember starting up I've seen get bigger which is exciting, and doesn't make me feel so hopeless that some Japanese brands are closing, although it's upsetting.

Thank you for reading all the way through! What big changes have you seen take place? What trends do you miss? What platforms do you prefer for keeping up with news and sharing outfits? Let me know in the comments below!

You can check out this week's other participants here:

Pastel Peggy
Hello everyone! I'm Peggy and welcome to my fashion blog. This blog is dedicated to my outfits and adventures. Thank you for checking it out!

2017 was the year that I finally got to materialize my OTT dreams! <3 I spent a lot of time scouring the internet to find the perfect bow... 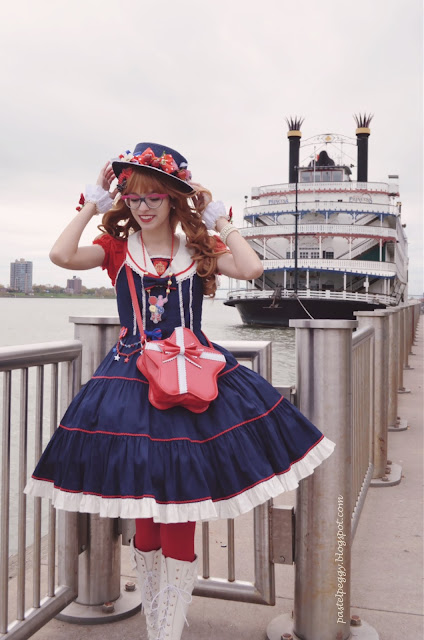